Download Add to Lightbox Add to Cart
Image 1 of 1
BBX_155.jpg 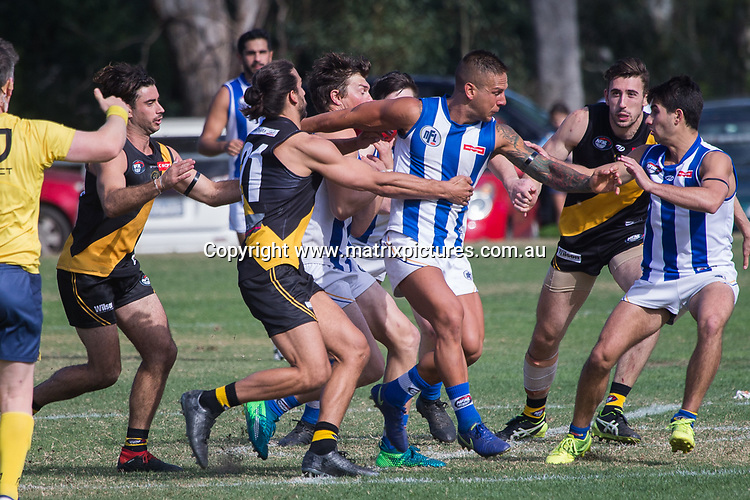 MAFS Martha Kalifatidis pictured on the sidelines watching her ‘husband’ Michael Brunelli play during an AFL game for the Heidelberg Football Club in his Anzac Day match against Mcleod Football Club. Martha was seen standing with her mother and Michael's mother and father as well as some friends. Martha was seen stopping in the canteen before her, her mother and friends sat on the grass eating a potato cake and some fries. After the game, Martha and Michael where seen having a kiss as Martha drank a Champagne and Michael had a beer, but the couple were later seen looking tense while having a serious conversation.

Note: All editorial images subject to the following: For editorial use only. Additional clearance required for commercial, wireless, internet or promotional use.Images may not be altered or modified. Matrix Media Group makes no representations or warranties regarding names, trademarks or logos appearing in the images.
www.matrixpictures.com.au 24 Apr 2019