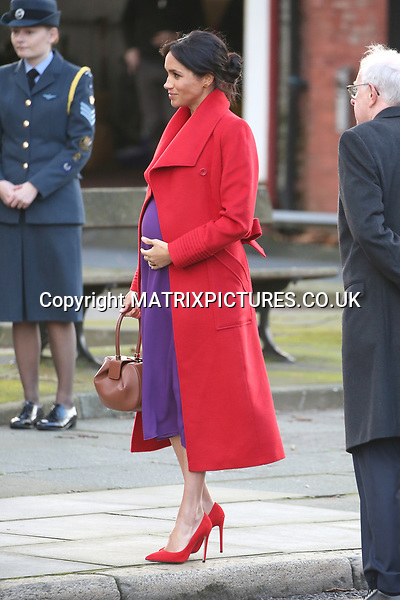 The Duke and Duchess of Sussex visit the town of Birkenhead, Merseyside, UK.

During the visit, Their Royal Highnesses meet a number of local organisations that support and empower groups within the community.

Their Royal Highnesses firstly visit Hamilton Square to view a new sculpture erected in November to mark the 100th anniversary of Wilfred Owen's death. The statue, which is named after one of the Birkenhead war poet's poems, 'Futility', is cast in bronze and represents an exhausted World War One solider.

The Duke and Duchess unveil a plaque to mark the visit, before meeting local veterans and members of the Birkenhead Institute Old Boys, of which Wilfred Owen belonged to, and which played a part in the creation of the tribute.

Their Royal Highnesses then have the opportunity to meet members of the public gathered in Hamilton Square.