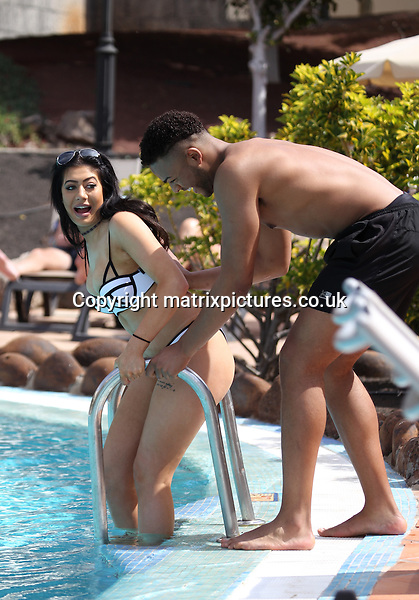 The most recent additions to MTV's Geordie Shore cast, Chloe Etherington and Nathan Henry, are photographed having fun in the sun on holiday in Lanzarote.

Both Newcastle natives radiate body confidence as they frolic in the water. They are seen posing for pictures for the resort photographer as well as taking their own phone pictures with the aid of a selfie stick. At one point, Nathan is seen plumping up his lips with the aid of a suction device before pouting for the camera!

Chloe's curves are on display in a black and white bikini and Nathan's washboard stomach is a sight to behold.

The duo are set to make their on screen debut on series ten of the hit show on 7th April.

Chloe has hinted that she hooked up with someone during filming but has not revealed who!