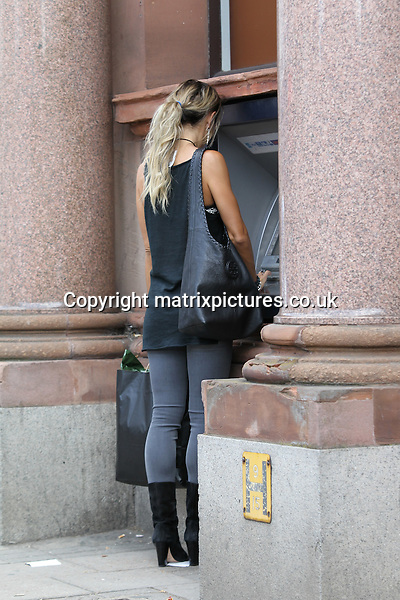 Australian actress Bec Hewitt, the wife of tennis player Lleyton Hewitt, is pictured out shopping and going to a cash point in Wimbledon, South West London.

The 30 year-old beauty must have needed some retail therapy after the latest disappointing performance of her husband of eight years at Wimbledon.

It is rumoured that this may be Lleyton's final appearance at Wimbledon, after a run of early exits over the last few years.