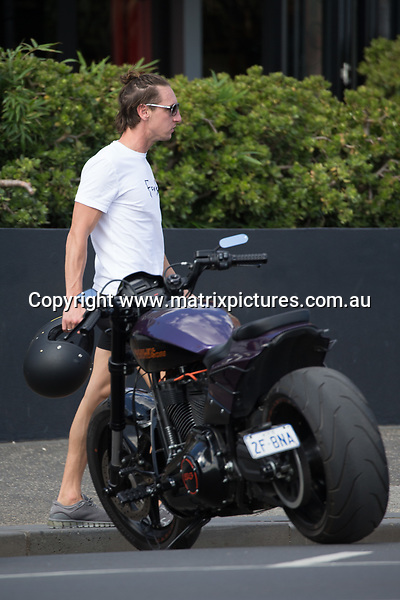 MAFS Ivan Sarakula is seen taking an unknown woman for ice cream in Melbourne. Ivan was seen having drinks with the unknown woman along with another unknown female and 2 males at The Espy hotel in St Kilda. The pair were seen laughing and getting close to each other while Ivan drank a beer and smoked a cigarette. After the beer, Ivan was seen riding a Harley Davidons motorcycle with no helmet on, moving the motorcylce onto the footpath before he, and the unknwon woman where seen walking through St Kilda to get Ice Cream. Ivan was seen inside the ice cream shop sharing an ice cream with the woman with the two laughing as the both ate from the same ice cream cup before sitting down together where she and Ivan where seen touching while eating Ice Cream. The pair were joined by the other couple as they walked along St Kilda beach back to their Harley Davidson where Ivan was seen trying to start one of the motorbikes, pushing it up a hill and again riding the motorbike without a helmet on. Ivan left the motorbike on the footpath and left with the unknwon woman and the other couple in a car.


Note: All editorial images subject to the following: For editorial use only. Additional clearance required for commercial, wireless, internet or promotional use.Images may not be altered or modified. Matrix Media Group makes no representations or warranties regarding names, trademarks or logos appearing in the images.
www.matrixpictures.com.au 17 Mar 2020